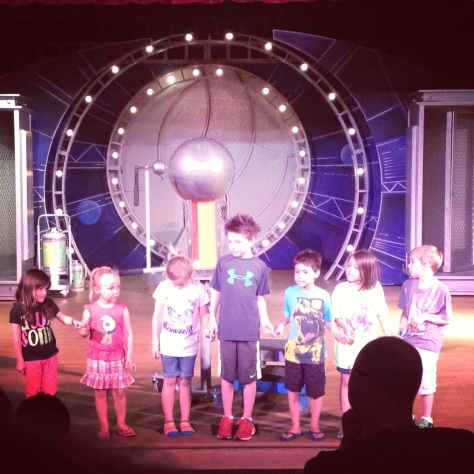 I remember my first Bible.  I was in third grade.  It was a King James Version.  I grew up thinking that Jesus spoke English, in that a form of English that Shakespeare and the tight-wearing people at the Renaissance Fair spoke as well.  In many ways my theological upbringing was largely Medieval.

I went to a Lutheran elementary school.  There we were made to memorize scripture and imprint God’s Word upon our hearts.  We had events like Spelling Bees in which individuals competed to prove who memorized the most Bible verses.  The school used corporal punishment to insight students to complete homework.  So, if you didn’t memorize Bible verses you got licks from a paddle.

Luckily, this action was reserved for the worst offenders.  I got paddled but not as often as some.  I was not the first but I was also not the last.  I kept safely in the middle.  I hid from God on my belly in the swings as I soared to places beyond me.  I flew to many places before I ever traveled to one.

I learned to like the Bible.  I never quite fell in love with the Bible.  I did however love to explore the world the Bible was set in.  I would draw on the maps in my Bible.  I mapped out races that I imagined fuel-sucking trucks would compete in.  Tearing down the desert towards the finish line to win the Ark of the Covenant.

I imagined that the Transformers were waiting to be discovered, along with mummies, in the belly of the Temple in Jerusalem.  I played out how G.I. Joe would save Jesus from the cross, I did not want him to die, and then led the Disciples against the Romans, who were being supported by COBRA.

There was something missing in the Bible I memorized.  Sure, there is action, romance, and plenty of sexcapades.  I wanted more.  So, I filled in the gaps.  I was always bothered by the “silent years” of Jesus.  We get Jesus’ birth.  A story from when he was 12.  Then we pick up when he’s a grown man.  What happened to the bulk of Jesus’ life?

It turns out that I am not the only person to have been troubled by this.  There are countless authors that deliver to us accounts of what Jesus did during his youth.  One of my favorites is Christopher Moore’s “Lamb: The Gospel According to Biff, Christ’s Childhood Pal.”  It reads more like a comic book, with antics galore but is as much irreverent and playful as it is insightful and contemplative.

“After that Jesus was passing through the village; and a boy was running along and bumped into Jesus’ shoulder.  Jesus got angry, and said to him: You will not go back the way you came.  And immediately the boy fell down dead.  And some who saw what had happened and said, ‘From where did this child come from, that every word of his is assured?’  The parents of the dead boy went to Joseph, and blamed him saying, ‘Since you have such a child, it is impossible for you to live with us in the village; teach him to bless, and not to curse, for he is killing our children [V4].’”

“And some days after, Jesus was playing in an upper room of a certain house, and one of the children that was playing with him fell down from the house, and was killed.  And, when the other children saw this, they ran away, and Jesus was left alone on the roof.  The parents of the dead child came and threatened Jesus.  Jesus jumped down from the roof, and stood beside the body of the child, and cried with a loud voice, and said, ‘Zeno, for that was his name, stand up, and tell me; did I throw you down?  Zeno stood up immediately, and said, ‘Certainly not, my lord; you did not throw me down, but have raised me up.’  Those that saw this were struck with astonishment.  The child’s parents glorified God on account of the miracle that had happened, and adored Jesus [V9].”

Imagine a boy, he’s got miraculous powers and a still forming identity.  Jesus is developing a sense of personal control over his physical skills and a sense of independence.  Jesus is seeking autonomy hoping to avoid feelings of shame and doubt.  Jesus has “daddy issues.”

Jesus begins to assert control and power over his environment.  Only he’s got far greater powers and control over his environment that the other kids in his village do.  Jesus is awakening to his purpose.  Jesus, perhaps, is exerting too much power to compensate for the “daddy issues” and experiences disapproval resulting in a sense of guilt.

Jesus copes with the new social and academic demands on his life.  He’s expected to learn the trade of Joseph and contribute to the family’s well being.  Joseph corrects and Jesus yells, “You’re not my real dad!” and runs out of the house.  Jesus wrestles with certainty and uncertainty.  He vacillates between competence and inferiority.  Perhaps, he is awakening to what it is that his “father” wants him to do.

I can’t imagine that would be easy for anyone, let alone a child whose identity is still forming.  I imagine that Jesus had a difficult time exploring who and what he was.  I have a hard enough time dealing with my privilege and I am hardly the Son of God.

The successful development of a child includes imagination, nurturing, firm and clear boundaries (that can be challenged and tested), and reliable care.  Our faith also develops in this fashion.  Remember we are called to have faith like a child.  This is a call to enter in to the faithful confines of imagination to be nurtured by God, via firm and certain knowledge of God’s benevolence for us, for that we might challenge and test this firm and certain knowledge in order to fully develop in to the fearfully and wonderfully creatures of God that we were fashioned to be.

The Infancy Gospel of Thomas reminds us of the complexity to which we all are subject.  We will experience the terrifying reality of a developing world, awkwardness of adolescence, the pains of adulthood, and the liberation of death.  Absent of the witness of boy Jesus the church is void of the full cycle of the human experience.

When you embrace the beauty, diversity, and majesty present in all of God’s creation you awaken to the reality that you are right where God is calling you to be.  Fear, anxiety, and woe may be given to God and the peace of a raging pre-teen Jesus is upon you.

Now, you know.  And knowing is half the battle.