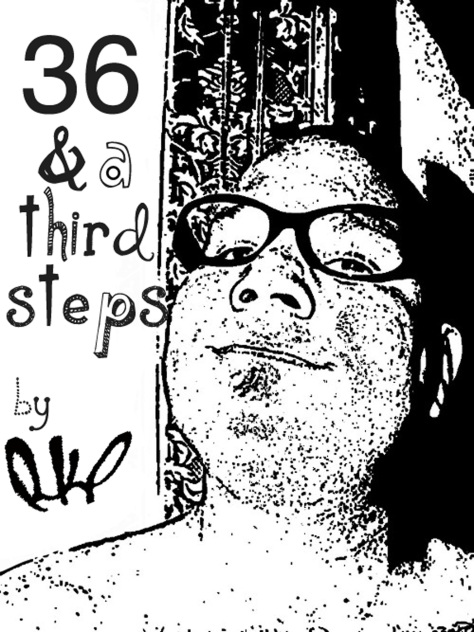 I first encountered this verse hanging on the wall inside of the sanctuary at Trinity United Church of Christ in Chicago, one hot summer Sunday morning in 2004. I had never heard of Barack Obama. I have never heard of Jeremiah Wright. I was a card carrying Republican. I was a Conservative, Fundamentalist, Evangelical, and Charismatic Christian getting ready to leave North America for the first time in his life.

Sure, I had been a part of mission trips to Ensenada and Rosarito. I had partied in Tijuana. I had served as best man in Winnipeg and shuffled buck naked around the reception lodge performing the “flaming asshole” ritual to bless my best friend and his new bride. I was a man of experience but I was certainly not a man of refined experience.

I was in Chicago to begin my journey to Kenya. I was to live and work in Kenya for a year as part of a Presbyterian (USA) program called, Young Adult Volunteers (YAV). I was terrified and felt largely alone. Here I was in Chicago, a city I have only witnessed through the dominance of Michael Jordan and the winsome antics of Ferris Bueller. I was in this hazy fog of alcohol fueled “WTF” and moments of “This is not real” terror.

The week prior to attending worship at Trinity we sat through classes on cultural sensitivity, safety, sexual misconduct, emotional inventory, culture shock, and reverse culture shock. I broke bread for the first time with Christians that were different than I. These Christians loved and affirmed homosexuals. These Christians were liberals, voted for Clinton, disagreed with war, and practiced a thing called social justice. I was dumbfounded and challenged to say the least.

The day was filled with lectures and a lunchtime that was a table full of challenge. Then at night all the bullshit was put aside and we did as a bunch of twenty-something’s do in a city away from responsibility on the cusp of departure and finitude, we got drunk. We filled the local bars surrounding the seminary we were staying at with what little money we had and all the “steam” we could give. It was a fabulous oasis from what we were going to be doing in a few weeks and a wonderful way to forget what it was that we were about to sacrifice.

That week in Chicago was magical for me. It awakened in me something I had never had before, liberty to exercise my unbelief. I had begun to question my faith as my departure to leave to Kenya approached. I had backed away from the life of the church I was once heavily involved in. I saw my doubt as weakness. I saw my fear as sin.

I watched as the beautifully dressed choir sang for what seemed like hours. I was mesmerized with their bodies moving in rhythm and their hands clapping in synch. So many thoughts raced across my mind. I could not worship YHWH at all. I felt self-conscious and wanted to leave. Then I noticed this banner hanging across the wall above the pulpit. It read, “…I will not give something to YHWH my God that cost me nothing.”

I fixated on that sign. It spoke deeply to my soul. It gave me a place to hold on to. A divine place to breath in. “…I will not give something to YHWH my God that cost me nothing.” I consumed it. If I could have used Luke’s light saber and cut this verse like a frozen Tauntuan and crawl inside to live I would have.

I began to fall deeper in to thought. I remembered the journey to this place. I remembered Brian, a recovering addict that loved youth ministry and invested in me. I remembered Victor, my Jesus crazy charismatic ex-gang member friend who would spend hours talking about Jesus with me. I remembered Qias, my Muslim friend that spoke in poetry and danced because he loved Allah. I remembered Barb, who loved me and celebrated my journey in the face of my rejection of her call.

All of these faces flooded my mind and heart. “…I will not give something to YHWH my God that cost me nothing.” I was in some kind of trance. I could hear sounds around me, the pace was quickening. The tempo was furious. My thoughts followed the tempo. I was getting worked up. My past started to stir. My hopes, doubts, dreams, fears, and being started to lift up in to a gigantic whirlpool of “ness”.

Everything was working towards a final conflict. The “here” was beating around me. Yesterday was begging for attention. It was as if I were Govinda staring in to the face of Siddhartha inspiring me to question if any of this was really happening.

Then it all stopped. On the verge of stepping over the threshold I pulled back. I was about to get lost and I paused. The music stopped and the gathered took their seats. I was left standing, bewildered and mildly aware. I looked around and noticed everyone sitting. I quickly took my seat.

Thanking God that I had worn my navy blue shirt I wiped my brow. I tried to forget what had just happened. I sought to dismiss this act as a lark. It was a figment of my imagination. Then I looked up on the wall. Calling me out were the words, “…I will not give something to YHWH my God that cost me nothing.” Convicted and afraid I lowered myself in my seat. I was sober in a deep way that I had never realized before.