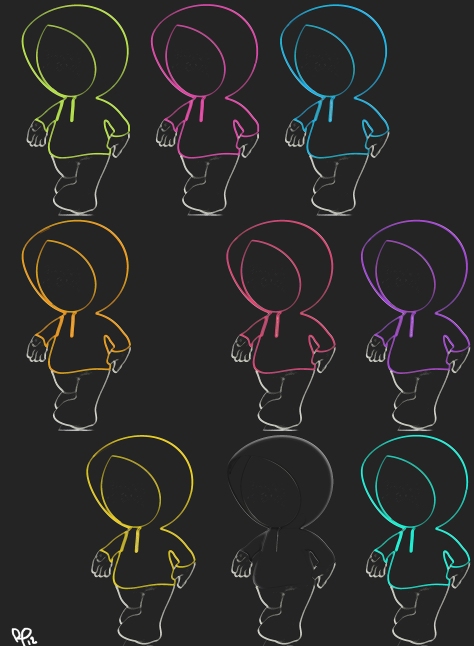 Now among those who went up to worship at the festival were some Greeks. They came to Philip, who was from Bethsaida in Galilee, and said to him, “Sir, we wish to see Jesus.” Philip went and told Andrew; then Andrew and Philip went and told Jesus. Jesus answered them, “The hour has come for the Son of Man to be glorified. Very truly, I tell you, unless a grain of wheat falls into the earth and dies, it remains just a single grain; but if it dies, it bears much fruit. Those who love their life lose it, and those who hate their life in this world will keep it for eternal life. Whoever serves me must follow me, and where I am, there will my servant be also. Whoever serves me, Abba will honor. “Now my soul is troubled. And what should I say–‘ Abba, save me from this hour’? No, it is for this reason that I have come to this hour. Abba, glorify your name.” Then a voice came from heaven, “I have glorified it, and I will glorify it again.” The crowd standing there heard it and said that it was thunder. Others said, “An angel has spoken to him.” Jesus answered, “This voice has come for your sake, not for mine. Now is the judgment of this world; now the ruler of this world will be driven out. And I, when I am lifted up from the earth, will draw all people to myself.” He said this to indicate the kind of death he was to die.

This weeks Gospel lesson is a poignant one in light of a tragedy that occurred in Florida that has brought to the forefront of the national conversation something that many of you here must contend with on a daily basis. On February 26, a 17-year-old African-American named Trayvon Martin was shot and killed in Sanford, Florida. The shooter was George Zimmerman, a 28-year-old white/Hispanic man. Zimmerman admits killing Martin, but claims he was acting in self-defense. Four weeks after Martin’s death, no arrests have been made and Zimmerman remains free.

“Very truly, I tell you, unless a grain of wheat falls into the earth and dies, it remains just a single grain; but if it dies, it bears much fruit. Those who love their life lose it, and those who hate their life in this world will keep it for eternal life.” This is a difficult conversation to have. The realities so many face when driving, walking, or hanging out in this nation. A promise and call to not judge someone on the basis of outward appearance that falls to the wayside.

What fruit if any shall be born from the death of Trayvon and the countless other men and women like him? I will never know what it is like to be an African American man. I am not sure what right I have in even preaching on this topic. I just know that I am angry. I am disappointed. I am hurt. Something has got to give.

I may freely walk down the street and gather with people that look like me and not fear for my life. I will not have to teach my sons what to do WHEN they get pulled over by the police. I do not have to super achieve in order to make it in society. I am part of privilege and power that many do not have.

I am a white, straight man. I hold two university degrees. I am a bleeding heart liberal with the experience and ability to travel to developing nations and offer my expertise in making their lives better.

I am part of an empathetic and compassionate leaning. I seek to be Christ-like to others. I have laid claim to a diversity of friends. When pressed, I have offered numerical support of my diverse friendships to maintain my cover.

I have rejected every “ism” there is to reject and have gone as far as to banish any real meaningful conversation around race, injustice, and the boiling hatred that simmers in the melting pot of this nation. I have told those off colored jokes, as I look both ways to make sure I was in “pleasant” company.

I have looked in to the beautiful blacks faces of colleagues and acquaintances and denied them their identity as I proclaimed “I am color blind. I see no color.” I have the privilege to assert that the reality that I have encountered is indeed the normative to which “society” is measured.

My privilege has offered a hippy Jesus to those that demand the angry, righteous Jesus that does not demand justice but goes out and gets justice; an eye for an eye. My pacifism is a privilege. My ability to wrestle with the notion that I want to become a vegan is privilege. My faith is a product of privilege.

“Very truly, I tell you, unless a grain of wheat falls into the earth and dies, it remains just a single grain; but if it dies, it bears much fruit.

There was this time in seminary when we all had a New Testament class with the schools only African-American professor. She had us read out loud in class MLKs “Letters From Birmingham Prison” as an example of a modern day epistle. The 5 or 6 African-American students could not hide from the language Dr. King used to describe the horrors endured at the hands of my grandparents.

I being one of maybe 24 other white students was able to hide. I counted out the paragraphs and rearranged my seat so that I did not have to read any passage containing the “n-word.” I wanted to stay away from it as it made me uncomfortable. The church to which I was being trained to serve had no place for that word, as it (the church) did not suffer from the racism and depravity that plagued general society. The polity thing to do would be to ignore the discomfort and embrace Gods love and diversity.

My African-American classmates wept as we read those powerful words out loud. The prison coming alive from experience and outrage that surpassed my understanding and it made me feel guilty. I was ashamed. My shame is a privilege that many of you here are not afforded.

“Very truly, I tell you, unless a grain of wheat falls into the earth and dies, it remains just a single grain; but if it dies, it bears much fruit.

This last couple of weeks we have seen the national conversation focus on the injustice our sisters and brothers endure because the color of their skin. With folks marching in the streets donning hoodies to protest the absence of justice for Trayvon. I read yesterday that many professional athletes and popular musicians are protesting by taking pictures wearing hoodies with inscriptions of “I am Trayvon.” President Obama was quoted as saying, “ If I had a son, he’d look a lot like Trayvon.” This injustice is nothing new to most of you.

This nation declared that “racism” was over in 2008 when President Barak Hussein Obama was elected as the nations first African-American president. Many of us wept with joy as other sneered and plotted and prayed for the death of America’s incoming president.

Here we are four years later. The glass ceiling still intact and that invisible line of privileged keeps some from the fullness of the equality promised in that celebrated document we keep locked up behind glass in Washington DC. The invisible line is not so invisible to some. That line drawn between justice and equality for some and not others is labeled “privilege.”

Privilege is the root of sin where silence is maintained, status quos are upheld, and that Jesus is calling us to die to. This privilege is not shared by all and here lies the problem with many well-meaning privileged folks.

“Very truly, I tell you, unless a grain of wheat falls into the earth and dies, it remains just a single grain; but if it dies, it bears much fruit.” This is a call to acknowledge our privilege and to kill it.

Author Tim Wise recently wrote in response to Trayvon’s death, “Empathy — real empathy, not the situational and utterly phony kind that most any of us can muster when social convention calls for it — requires that one be able to place oneself in the shoes of another, and to consider the world as they must consider it. It requires that we be able to suspend our own culturally-ingrained disbelief long enough to explore the possibility that perhaps the world doesn’t work as we would have it, but rather as others have long insisted it did.”

“Very truly, I tell you, unless a grain of wheat falls into the earth and dies, it remains just a single grain; but if it dies, it bears much fruit.” Suspending your cultural disbelief to arrive at the place where you know things as they are DO NOT WORK is not all that hard? We just have to take a look around. The growing divide between “us” and “them” and the increasing polarity and homogeny of Gods divine creation.

Here we are on the back end of Lent. We have traveled from Ash Wednesday to this place. We have spent the last few weeks contemplating the sin in our hearts. We may have sworn off coffee, chocolate, meat, or something else in hopes that we would find a deeper connection with Jesus that we could carry in to the woeful Holy Days and the promised glory of Easter Morning.

Next week we arrive at Palm Sunday. Jesus’ triumphant entry, Trayvon is going to walk to the store to get a drink and some candy. They both will meet resistance. They both will die. Injustice seems to win again. What fruit is born from Sunday?

I am not sure what exactly will give rise here or elsewhere in response to Trayvon’s death or the response to the death of Jesus Christ. I do know that when injustice and privilege are exposed both will fight to stick around. Injustice will paint itself all kinds of colors and doll up and parade around telling us all kinds of things so that it will not depart from this world. Injustice is a master of lies and has many disguises. Privilege is free to roam the country looking for relative ease and will become your best friend. Privilege gets in your head and tells you that you are better than this and that person or it can tell you that you are not as good as others.

This struggle can lead to empathy, empathy from all of us. The struggle is futile. It does not matter what you and I do, “They” are going to win. “Very truly, I tell you, unless a grain of wheat falls into the earth and dies, it remains just a single grain; but if it dies, it bears much fruit.” We are being called to die to ourselves, to our privilege, to our empathy, to our self-doubt, to all those things that prevent us from serving a swaddled clothed infant, donkey ridding in to town, crucified but wait there’s more savior. “Whoever serves me must follow me, and where I am, there will my servant be also.”

We are almost to Easter. Glory is just around the corner. We have wandered the dessert for the last 40 days. Some of us have not made it here together. A crowd gathers. Tears fall. Joyful shouts lifted. Fear and trepidation hover around us. Exhaustion is begging for relief. The injustice of the past trembles and quakes. Privilege whimpers as it is set down and exposed. And God proclaims the fruits of change, “I have glorified it, and I will glorify it again.”

2 thoughts on “Castles Made of Sand”